Article 2 of the First Protocol : the State may establish compulsory schooling . It is not in breach of its obligation to respect the rights guaranteed by this provision in requiring parents to co-operate in the assessment of their children’s educational standard when the parents have chosen to educate their children at home because of dyslexia.

The applicants are all United Kingdom citizens residing in Worcestershire, England. The first and second applicants are husband and wife. The third, fourth, fifth and sixth applicants are their children born in 1962, 1964, 1965 and 1969 respectively. All suffer to a greater or lesser extent from dyslexia. To cope with the problem the parents have tried different forms of education for their children, and resisted education authority attempts to classify them as educationally sub-normal. The parents have therefore resorted to educating their children at home as they found the State school system repugnant, in particular as regards its use of corporal punishment. As a result officers of their local education authority have at times apparently threatened to take the children into care to oblige attendance at State schools .Private boarding schools were tried, subsidised by the local authority, and Home Tutors (not specialised in dyslexic education) were proposed, but the parents considered such methods unacceptable to their philosophical views and educational theories .

In 1976 the parents were served with orders, under Section 37 of the Education Act 1944, requiring the attendance of the children at local State schools unless it were shown that they were at the material time causing the children to receive efficient, full-time education suitable for their age, ability and aptitude, otherwise than in school . The parents were prosecuted and convicted of failing to comply with the orders. Appeals were dismissed with the proviso that no action was to be taken to enforce attendance orders for four weeks and the parents had to provide evidence within four weeks, to the education authority’s satisfaction, that the children were receiving education in accordance with Section 36 of the said Education Act. Negotiations between the parents and the education authority were prolonged for two years, relations apparently becoming acrimonious. In August 1979 the education authority issued attendance orders in respect of the fourth, fifth and sixth applicant (the third applicant no longer being of compulsory school age) .

The parents were convicted for non-compliance on 16 January 1980. The applicant parents’ defence was that the children were receiving an adequate education at home . This was accepted on appeal to the Crown Court in respect of the fourth applicant, but not in respect of the fifth and sixth applicants. The Crown Court accepted the seriousness, sincerity and good faith of the parents and complimented them on their educational achievements for their children in applying the autonomous method of education, ie self-directed study, rather than the State school transmissive or didactic method .

The Crown Court also accepted that the parents were providing systematic, full-time and efficient education for their children but which fell down in certain essential respects – little was being done to teach the children to read, write and use numbers. Furthermore the Court noted that the parents had refused permission to the local education authority to assess the children and that, despite their past experience with the local authority officers, this refusal was unreasonable. The Court considered that the education authority had a duty to supervise the children’s education and had not behaved in any reactionary or dictatorial fashion. Without insisting that the children should be subject to conventional schooling, the Court found that inadequate attention was being given to the two younger children’s literacy and numeracy. To that extent they were not receiving a suitable education, and accordingly the appeal in their respect was dismissed : An appeal by way of case stated to the Divisional Court was dismissed on 15 July 1982, there being no error of law found in the Crown Court judgment.

The first and second applicants complain that their right to educate their children in accordance with their philosophical convictions, as ensured by Art . 2 of Protocol N° I, has been violated by a) the persistent harassment of the family by education authorities over many years, culminating in b) attempts to coerce the younger members to attend State schools whose whole ethos and practices are repugnant to those philosophical convictions, and which resulted in c) the criminal convictions of the first and second applicants because they refused to be coerced and upheld their ideals . The applicants submit that the United Kingdom Government’s reservation in respect of Art 2 of Protocol N° I is not of relevance in the present case as by not sending their children to State schools and by educating them at home, public money has been economised . All the family share the same philosophical convictions, in particular an abhorrence of authoritarianism and corporal punishment as found in the State school system (cf Eur Court HR, Campbell and Cosans judgment of 25 February 1982, Series A, N° 48, parfs 33 and 36) . THE LAW (Extract ) The applicants, who all suffer from dyslexia, have complained of harassment and coercion by their local education authority to oblige them to educate the applicant children in a manner incompatible with their philosophical convictions . The dispute with the education authority resulted in the criminal convictions of the applicant parents who have resisted the authority’s enforcement measures . They claim to be victims of a violation of Art 2 of Protocol N° 1, which provides that : “No person shall be denied the right to education . In the exercise of any functions which it assumes in relation to education and to teaching, the State shall respect the right of parents to ensure such education and teaching in conformiry with their own religious and philosophical convictions. ” The Commission does not consider it necessary to decide whether the applicants can all be said to be victims of the alleged violation of the Protocol, but assumes for the purposes of the present application that they are, because it finds the case anyway inadmissible for the reasons developed below . Moreover the applicants can be said to have complied with the requirements of Art 26 of the Convention having pursued the necessary appeals under the Education Act 1944 and having lodged their application within six months of the final, relevant decision, that of the Divisional Court of 15 July 1982.

The Commission accepts, as did the domestic courts, that the applicant parents’ beliefs concerning the education of the applicant children are of a philosophical nature . Such philosophical convictions fall within the scope of Art 2 of Protocol N° 1 . It should be emphasised, however, that Art 2 of Protocol N° I does not guarantee an absolute right to have children educated in accordance with parents’ philosophical convictions, but a right to respect for those convictions . The question to he determined, in the present case, is whether the respondent Government, through the education authorities and courts involved in the present case, respected the applicant parents’ right to educate their children in accordance with their philosophical convictions . As regards the facts of the present case, the Commission notes that, the applicant parents have suffered criminal conviction for failing to ensure adequate education for their children either at State schools or at home, in particular for not having shown that suitable education in literacy and numeracy was being provided at home for the two younger children. This latter failure is obviously closely linked to the problem of the children’s dyslexia. The domestic courts stated, however, that the local education authority had a duty to ensure an adequate education for the children, a duty which sometimes might conflict with parental views, and had not acted in a reactionary or dictatorial fashion. Furthermore the domestic courts did not require the applicant children to attend State schools and abandon their type of education, but rather indicated that further cooperation was obligatory with the local education authority to resolve the particular manner of the children’s literacy and numeracy. The Commission’s task is that of a supervisory body as regards the observance of the Convention. It is not its task to substitute its decision or policy views for that of domestic authorities. It cannot therefore determine whether the applicant parents’ methods of education for their dyslexic children is better than those proposed by the education authority in question. Moreover, it is clear that Art 2 of Protocol N° I implies a right for the State to establish compulsory schooling, be it in State schools or private tuition of a satisfactory standard, and that verification and enforcement of educational standards is an integral part of that right . Therefore, as regards the circumstances of the present case, the Commission finds that to require the applicant parents to cooperate in the assessment of their children’s educational standards by an education authority in order to ensure a certain level of literacy and numeracy, whilst, nevertheless, allowing them to educate their children at home, cannot be said to constitute a lack of respect for the applicants’ rights under Art 2 of Protocol No 1. Accordingly the Commission concludes that the case does not disclose any appearance of a violation of this provision. It follows that this aspect of the application is manifestly ill-founded within the meaning of Art 27 (2) of the Convention.

Tal vez me queda sólo añadir el concepto de educación que ha ido decantándose  a partir del Convenio Europeo de Derechos Humanos, en base a un documento denominado EU Charter of Fundamental Rights : The European Court of Human Rights has defined education as “The education of children is the whole process whereby, in any society, adults endeavour to transmit their beliefs, culture and other values to the young, whereas teaching or instruction refers in particular to the transmission of knowledge and to intellectual development” (Campbell and Cosans v United kingdom, 25 February 1982, nº 33).

Certainly, abuses can occur as to the manner in which the provisions in force are applied by a given school or teacher and the competent authorities have a duty to take the utmost care to see to it that parents’ religious and philosophical convictions are not disregarded at this level by carelessness, lack of judgment or misplaced proselytism (see Kjeldsen, Busk Madsen and Pedersen, cited above, § 54). 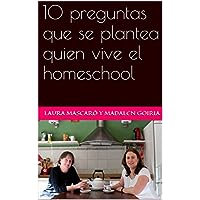 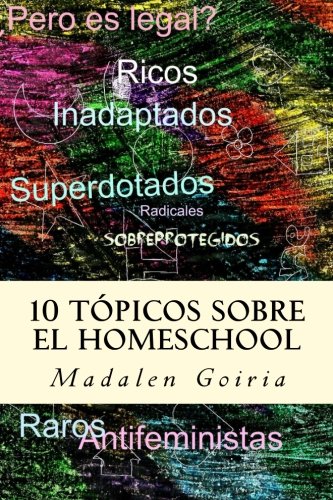 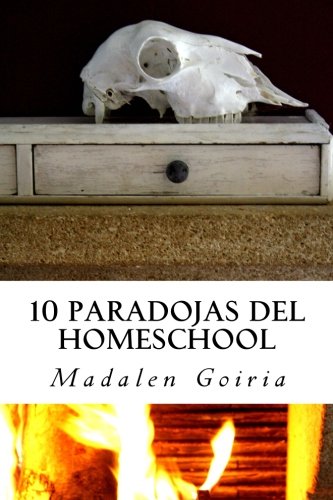 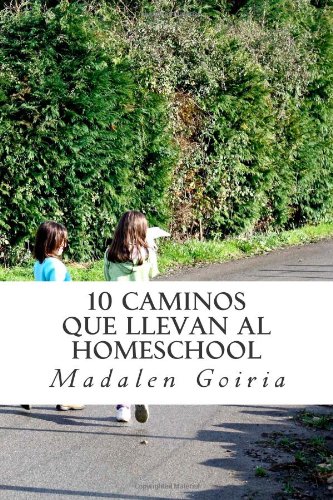 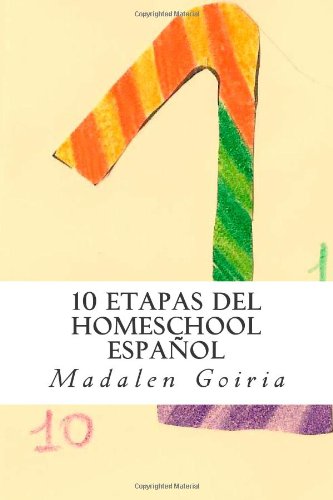